We commissioned a brilliant sculptor, Jacko, to create a life size bronze statue of “Poppa” to stand outside The NSIC.

It is a stunning likeness and is much admired by The Guttmann family and those who knew Poppa. It is genuinely life size (5’6”) and is positioned for people to stand or wheel beside it. His elbow is resting on a representation of a Paralympic Games medal podium. He had a trait of encouraging and praising patients by placing his hand on their shoulder, hence the pose. 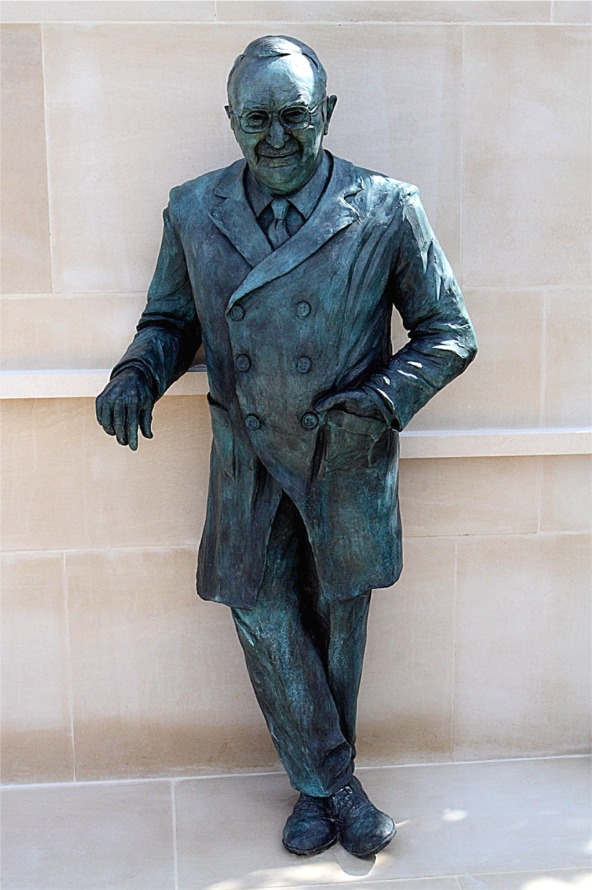 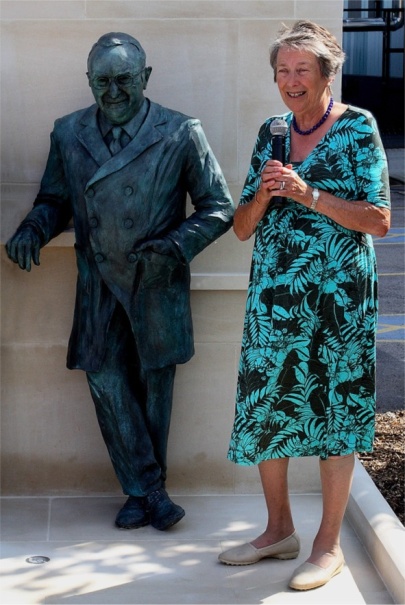 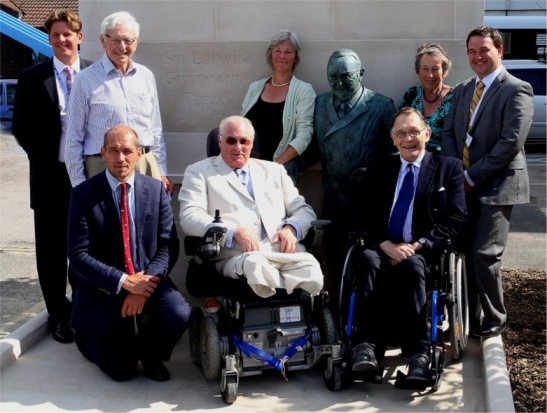 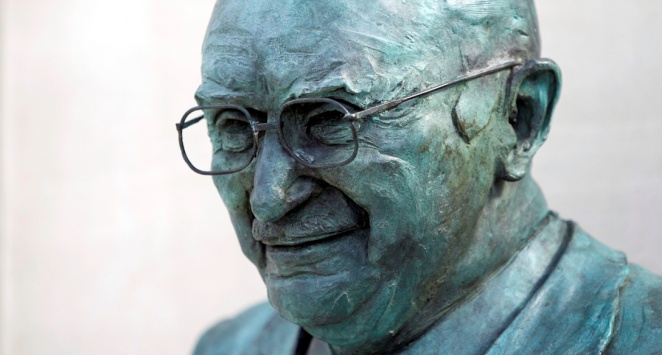 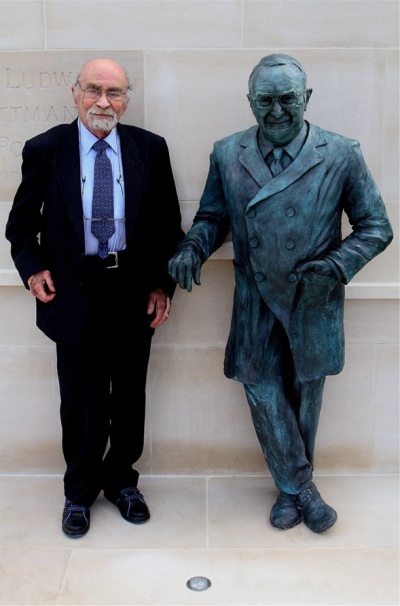 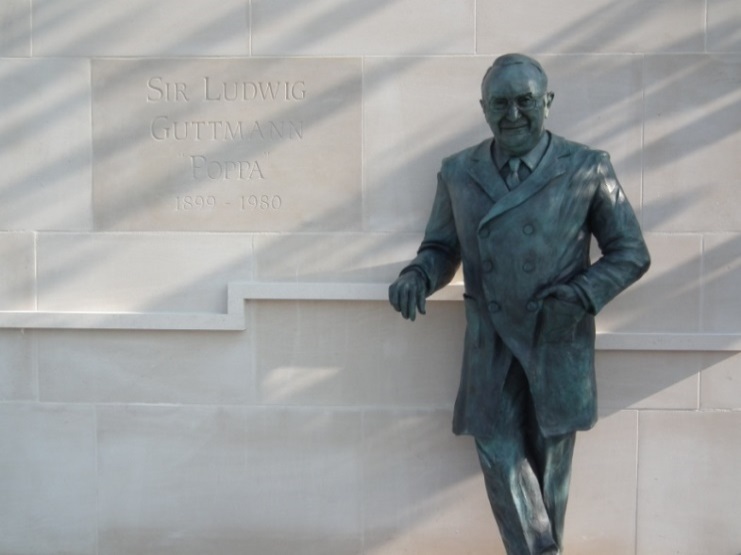 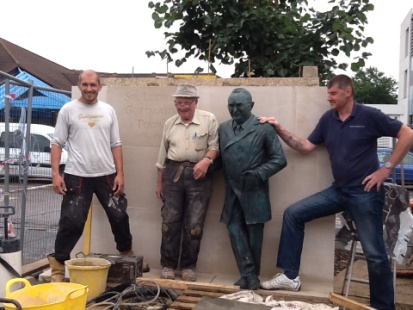 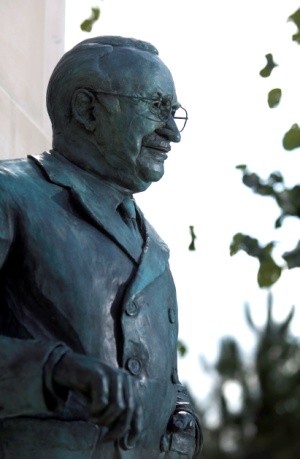 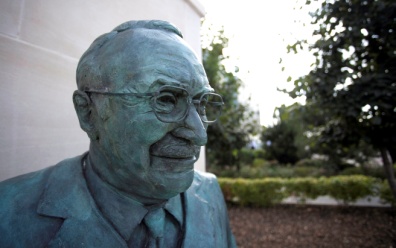 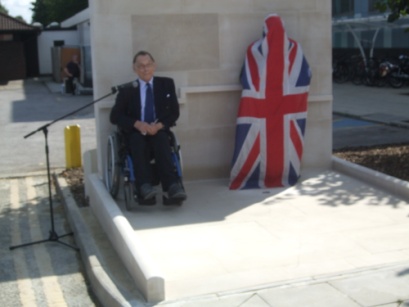 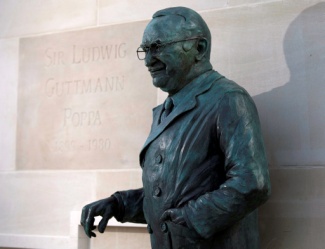 About the Sculptor, Jacko

Jacko is not only a great sculptor but is a “near miss” in Spinal Injury terms having survived a serious parachuting accident. Like most Spinal Cord Injured (SCI) people he had to rethink his career and, having left the army, trained in Florence as a sculptor. www.jackoart.com Jacko (in the left picture) started his studies at the Charles H. Cecil Studios in 2003. Having painted in London for a few years, he returned to Florence to continue studying and, latterly, to teach sculpture. Seeking to combine passions for painting and travel, landscaping trips have ranged from West Scotland to East Africa; commissions have also generated visits to Southern Afghanistan and Baghdad.

The Trust commissioned a life size bronze statue of “Poppa”. The clays pictured left, right and below were work in progress for the bronze statue.

The work on the statue progressed well but tragedy struck when the foundry was destroyed by fire and the mould lost before it could be used. Jacko had to start again from scratch but it was ready for its unveiling in June 2012. It now stands outside the National Spinal Injuries Centre at Stoke Mandeville.

370 past and present patients and staff came to celebrate the life work and legacy of Poppa Guttmann when the life size bronze statue of Poppa was unveiled on 24th June 2012 at Stoke Mandeville Stadium. The unveiling was performed by Poppa’s daughter, Eve Loeffler OBE and his son Dr Dennis Guttmann. The Minister of State for care services, Paul Burstow MP represented and spoke on behalf of The Government.

A bronze bust of Poppa from the same clay was presented to Sir Philip Craven President of The International Paralympic Committee, by The Hon Rupert Soames, CEO of Aggreko PLC who generously sponsored the bust. This bust will be displayed at every future Paralympic Games wherever they are held.

Sainsbury’s and The Chiltern Brewery generously donated all the drinks and WheelPower kindly donated the use of the sports hall for this event.

This bust was displayed by The IPC at all future Paralympic Games.

Lunch was provided for all guests and proved to be a great reunion for those who had not seen each other for many years. 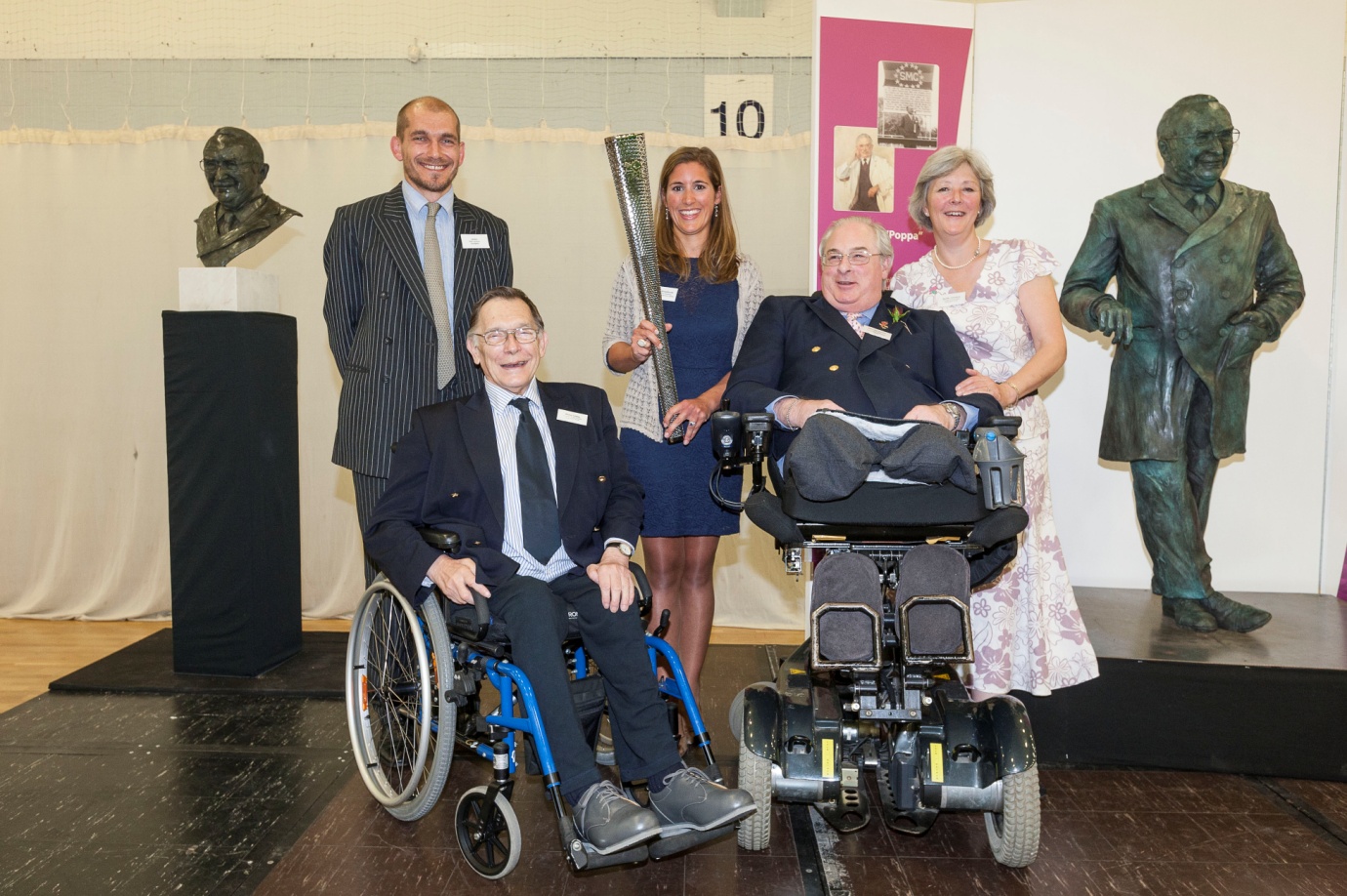 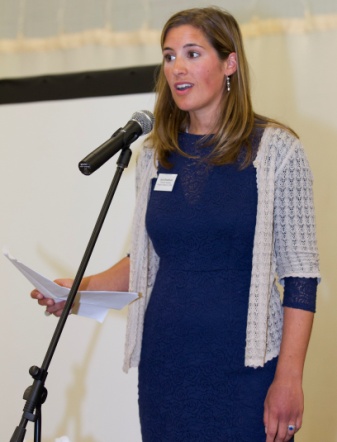 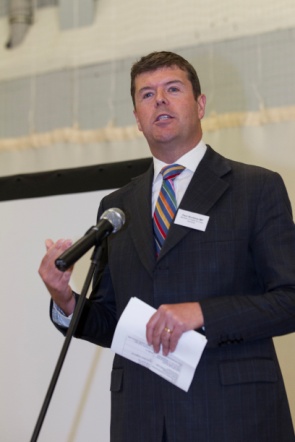 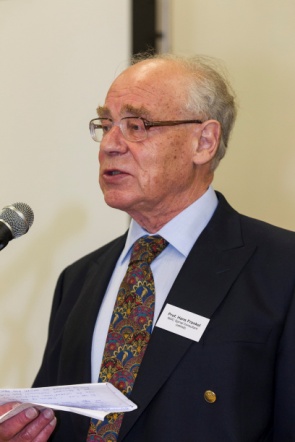 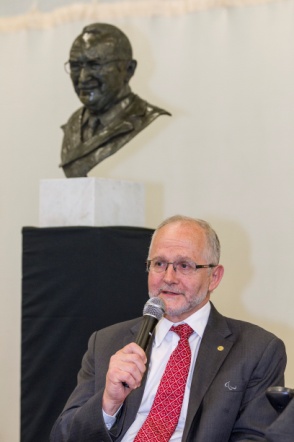 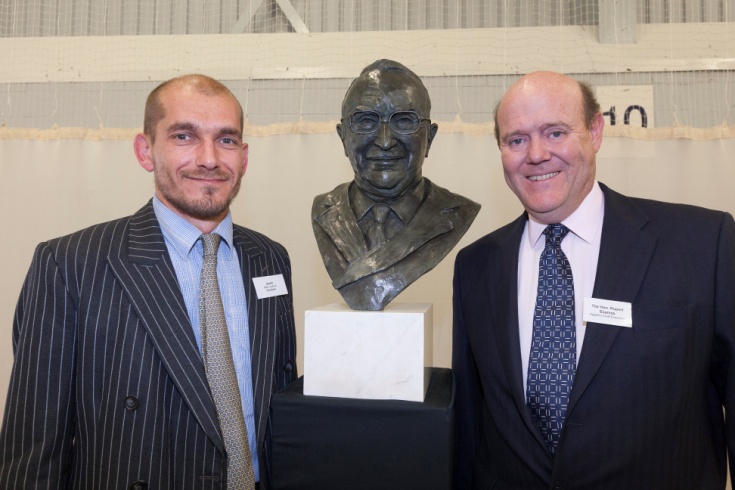 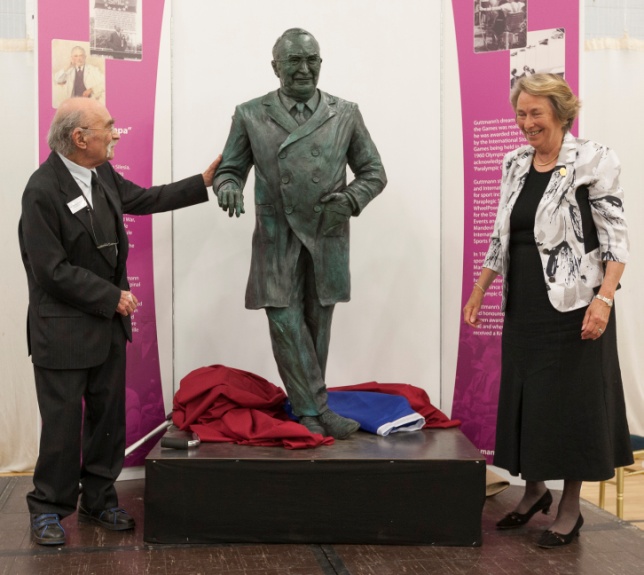 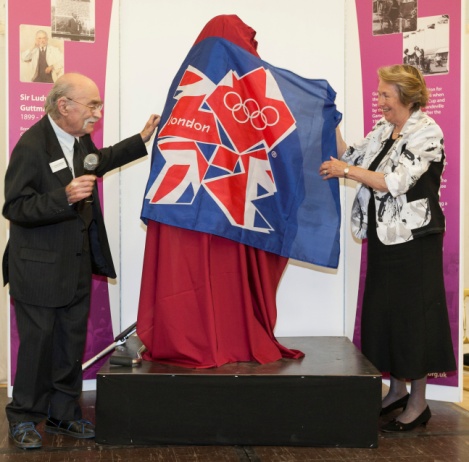 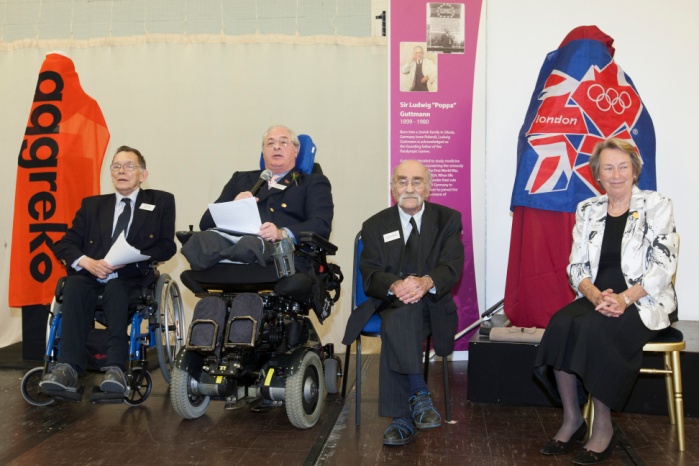